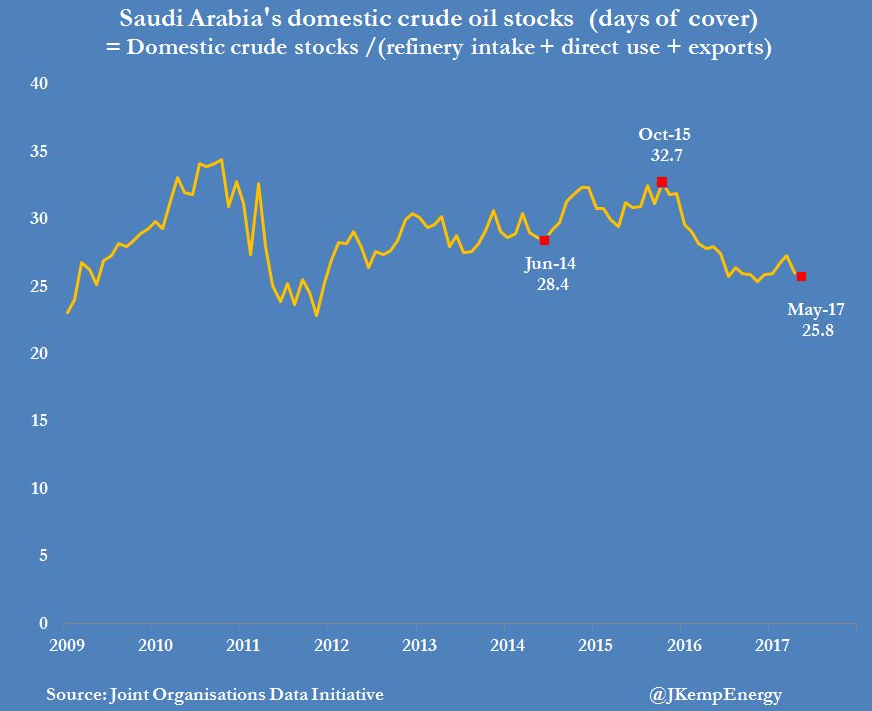 Oil prices climbed to their highest level in almost two months at 49.50. The data from the U.S. Energy Information Administration showed that domestic crude supplies fell by 7.2 million barrels for the week ended July 21. The American Petroleum Institute had reported late Tuesday a fall of 10.2 million barrels.
Saudi Arabian inventories reach low levels
According to the Energy Information Administration (EIA), gasoline stockpiles also fell by 1 million barrels. The distillate stockpiles lost 1.9 million barrels last week. While many pay close attention to the EIA data, the reduction in Saudi Arabian crude oil stocks have received less attention, and this metric is perhaps more meaningful. According to the data, the days of storage of Saudi Arabian crude oil (on a demand basis) have fallen to levels not seen since 2011-2012.
"We remain supportive of our brothers and partners in both those nations" as they recover, said Saudi Minister of Energy and Industry Khalid Al-Falih. "The committee however should monitor the impact of such growth in supply on global supply-demand balances." Nigeria is ready to reduce supply if it can maintain output of 1.8 million barrels a day, some sources said. Its production hasn’t risen that high since February 2016 and despite the nation’s success ending militant attacks, oil theft is still hurting output.
Libya’s target: 1.25 million barrels a day by December
Libya isn’t planning to join any agreement to curb output until it reaches its target of 1.25 million barrels a day by December, the sources said. That’s almost 50 percent above its average June production of 840,000 barrels a day. The African nations, granted an exemption last year from cutting because their output had already been reduced by internal strife, added 440,000 barrels a day of production in the last two months according to Bloomberg. "Some countries continue to lag" in their compliance "which is a concern we must address head on,” Al-Falih said. "Exports have now become the key metric for financial markets, and we need to find a way to reconcile credible export data with production data in our monitoring." 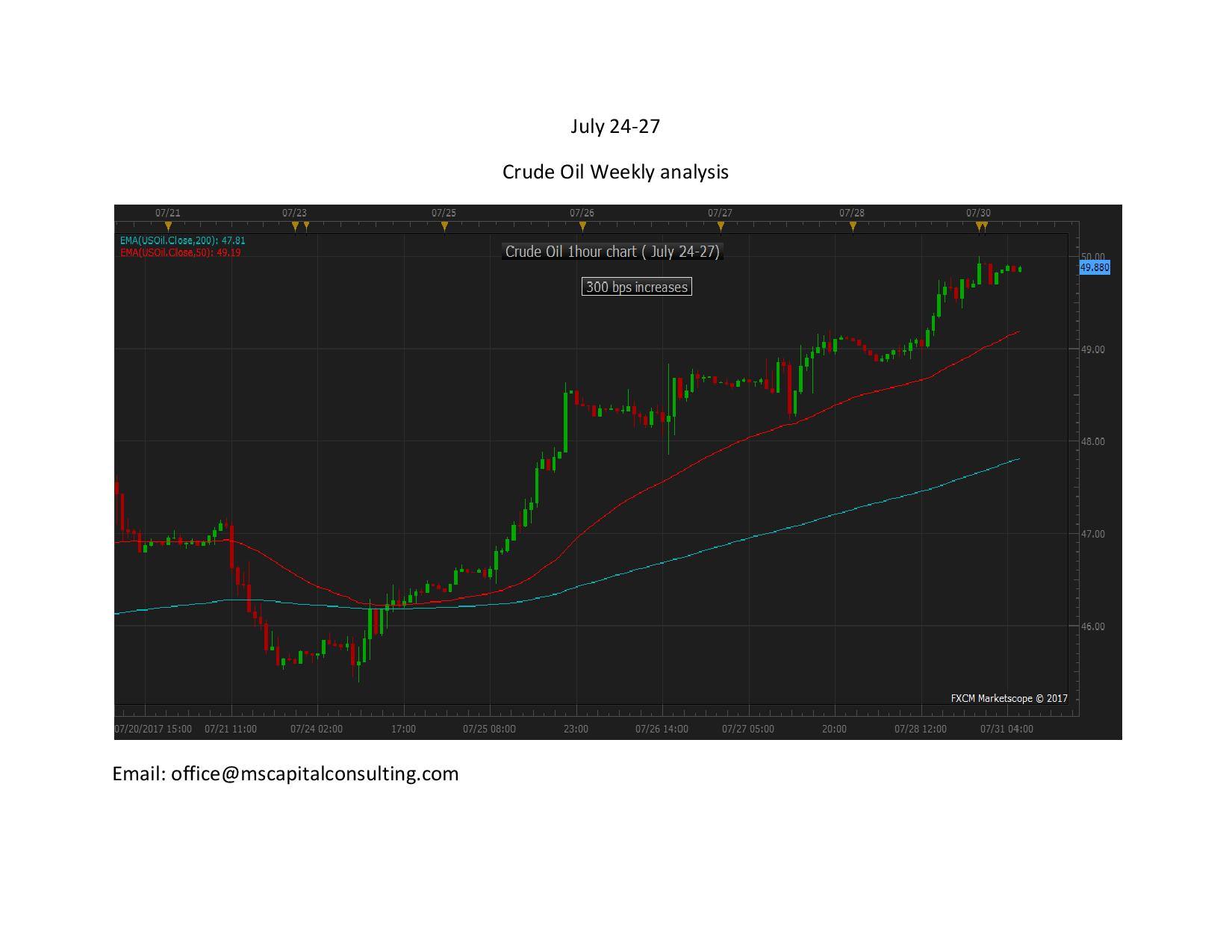